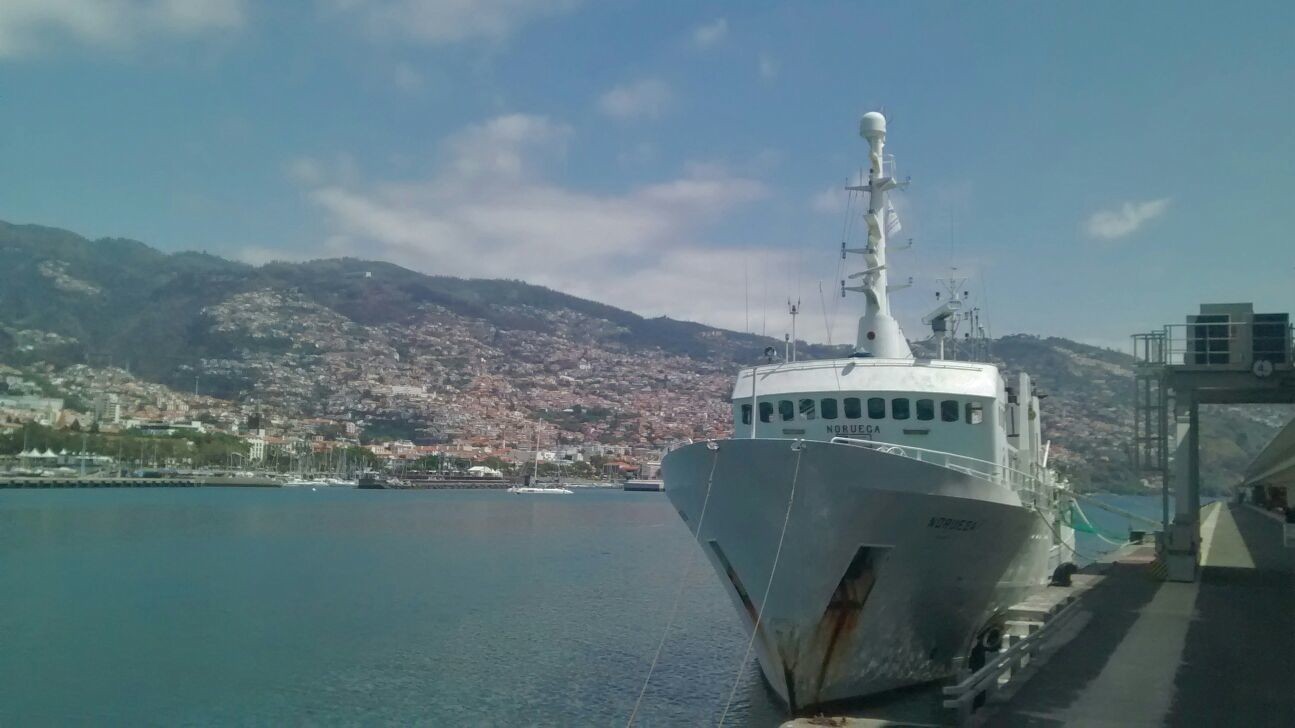 SCIENTIFIC EXPEDITION TO THE GORRINGE AND SEINE SEAMOUNTS

When we were sampling above the Gorringe seamount , the propeller of the vessel was caught by a bunch of trash (ropes and nets) that were drifting in the sea. These caused the malfunction of the propeller that caused problems in the vessel speed and direction. The crew, lead by the Captain Oliveira Gonçalves, faced the situation and managed to lead the propeller to operate normally, which allowed us to sail towards the Seine seamount and sample according to the plan previously established.

Seine (http://www.marineregions.org/gazetteer.php?p=details&id=4619) is a seamount still unknown especially regarding biodiversity and the  trophic web. Therefore, it was chosen as one of the sampling spots of the expedition in course. When we arrived there, and since the RV Noruega's machine was behaving well, we proceed to the sampling, and afterwards sailing towards Funchal, were we arrived last Sunday at dusk.

The whole team of the survey, from the scientific members to the vessel's crew, is to be congratulated for their professionalism, team spirit and maintaining a good atmosphere on board, despite all the setbacks we faced!

We are now preparing the next survey that should depart to Lisbon by the 9th or 10th of next September.