The cruise ARQBIOMETORE-43-V15 on board the R/V Arquipélago took place between 5 and 31 July 2015. The full cruise report is available here.

The cruise aimed to collect data on the demersal and deep-sea fish species and marine invertebrates, in order to contribute to increase current knowledge of biodiversity and functioning of the deep sea ecosystem of the Great Meteor seamounts complex. In this survey the seamounts sampled were Pico Sul, Atlantis, Tyro, Irving and the Great Meteor.

Two types of fishing gears were used: the bottom longline targeting the demersal and deep water fish species, and the traps mainly targeting benthic and epi-benthic invertebrate species. Taking into account the selectivity of each of the sampling methods, and in order to catch the maximum possible number of species, two different types of longlines and traps were used. In the case of the longlines the “stone-buoy-slim” (LLA) longline was used in shallower depths (up to ± 1200 m) and the “stone-buoy-thick” (LLB) was used at deeper depths (± 1200 - 2000 m). In three occasions the two longline types were used in the same set. The two types of traps used were those named as “Camarão” (C) which floats and fish slightly above the seafloor, and those traps named “Josué” (J) which are benthic and rest on the bottom. Additionally, 11 CTD deployments to collect hydrographic data and 8 deployments with the “Baited Video Image Lander” (BVIL) were performed, between 251 and 1500 m depth, to complement the fish species diversity data and for other analysis.

The 23 fishing sets, 14 with longline and 9 with traps, were deployed between 251 and 2150 m and 251 and 1550 m depth, respectively. In total 49 species were caught with the longlines (32 teleosts, 16 elasmobranchs and 1 crustacean) and 31 species were caught with the traps (9 teleosts, 4 elasmobranchs and 18 crustaceans). During the survey, data on fishing effort, catches, biological data and biological material for different studies were collected. Several specimens of each of the species caught were preserved for the reference collections of the Funchal Natural History Museum (MMF) and the National Museum of Natural History and Science from the University of Lisboa (MUHNAC-UL). 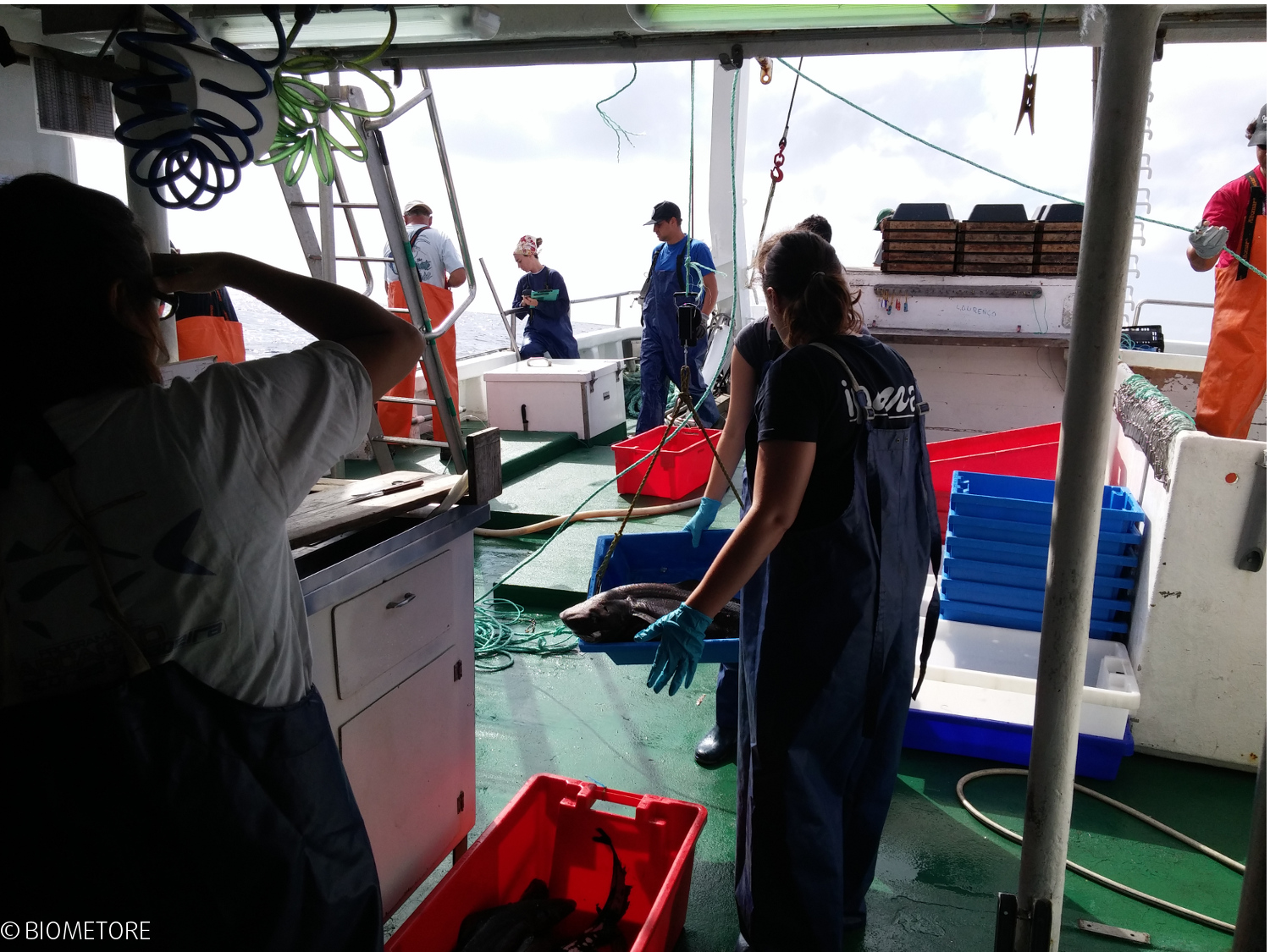