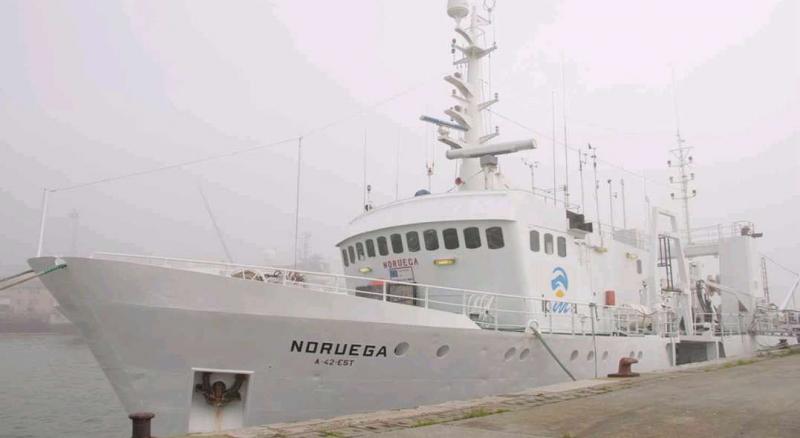 The ship 'Noruega', of the Portuguese Institute for Sea and Atmosphere (IPMA), will sail off the port of Funchal towards Lisbon between this Friday and Saturday in the scope of a new oceanographic research campaign, informed IPMA yesterday.

The IPMA's researcher Antonina dos Santos explained, in a press conference on board of 'Noruega', that the initiative is inserted in the project 'BIOMETORE', that gathers all the national institutions involved in marine investigation in mainland Portugal, Madeira and Azores.

"The project aims to study the seamounts [mountains that rise from the sea bottom without reaching surface] that exist between the three regions and performs eight oceanographic campaigns", highlighting that the budget is 2.5 million euros, supported by the European program EEA Grants financed by Norway, Iceland and Liechtenstein.

The campaign from Madeira to Lisbon will be lead by the director of the Oceanic Observatory of Madeira, Rui Caldeira, and will last 20 days, focussing on the study of the pelagic environment (organisms that live in the water column) of the Madeira-Tore complex of seamounts.

The campaign, in which will go trough 1.000 nautical miles, involves scientists from four nationalities (Portugal, Spain, Italy and Germany), in a total of 13 elements.

Antonina dos Santos reminded that the country has ambitions to extended its continental shelf, a process that is pending in the United Nations, and that extension will allow that the Exclusive Economical Areas of mainland Portugal, Madeira and Azores to be connected, becoming one of the biggest spaces in Europe regarding sea.

"Portugal also has ambitions regarding the implementation of protected marine areas in these spaces", highlighting the importance of scientific research to go along with the country's goals.